I attended Coachella Music and Arts Festival both 2015 and 2017, and while I can attest that it is one of the top best festivals in the world, I don’t anticipate my return anytime soon.

First and foremost, the lineup is the most crucial aspect of a festival experience. In my personal opinion, Coachella is unique in its diverse selection of artists. No matter their backgrounds, it can be guaranteed that they are talented artists of significant popularity or your next up-and-coming favorite. There are enough musicians of interest for everyone of different ages, tastes, and identities. 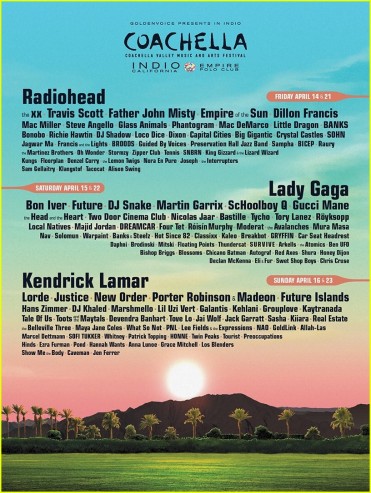 Each performance is bolstered by incredible, towering speakers that completely submerge listeners in an audio-visual experience. The light shows and graphics projected, particularly those on the main stage and Sahara tent, can leave audiences’ mouths agape in awe. Not many other venues can compete with Coachella’s state-of-the-art productions.

When it comes to organization, security, and functional logistics, Coachella has its game down. Too often at smaller festivals, volunteers don’t know where the water re-fill stations are, security doesn’t recognize what’s allowed or not, and at times it can feel like a free-for-all. Coachella has been in this business for a while, and it’s refreshing to be able to attend a festival where the organizers seem to know what they’re doing.

At a cap of 90,000 people in 2015, Coachella certainly felt massive, but never too overwhelming. The wide, open space left plenty of room for people to roam like gazelles and squish themselves like sardines however they liked. In fact, they had a giant, traveling butterfly machine that crawled across festival grounds. I presumed this had a benefit of crowd management as well as an aesthetic appeal: the large art piece could break up dense crowds and slow walking paces. 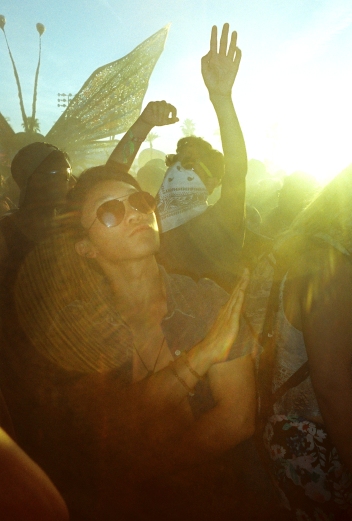 However, this year in 2017, there was none of that consideration. The grounds had expanded to 1/3 of the size, making it feel like you were trekking a mile to get to any other stage. The crowd size grew to 125,000, and there were no cute butterfly robots anymore. It reminded me of how airlines pack as many people as possible into tiny spaces, regardless of comfort, for their own profits. I have never been in such intense, and honestly dangerous crowds, than those at Coachella this year. That was such a point of issue that even for this alone, I’m not interested in returning in the future.

While no one can make or break a festival for you but yourself, there is a credit to be given to those who note Coachella’s infamous crowd. The average attendee is laced with the stereotype of a shallow trust-fund LA baby that seeks to appropriate cultures and trends for their Instagram egos. This isn’t too far from the truth, unfortunately. However, festivals are essentially extreme concentrations of society. If you go to LA, the dominant social culture will be made up of this. However, not every single person you will meet will subscribe to this mentality, either. The same is true when you attend Coachella. Yes, people are typically more rude at Coachella versus other festival atmospheres, but you have the inner power to let it affect you or not. I, personally, choose to tune out the overheard petty fights and smile at the wealthy teens poor in spirit. 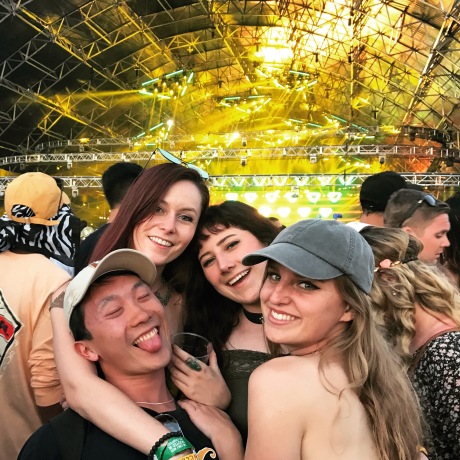 As if the social culture didn’t speak for itself, can we really be surprised that Coachella’s owner is a conservative billionaire who donates to anti-LGBTQ and anti-climate change organizations? Coachella’s success is founded upon marketing ploys convincing wealthy young adults that buying into their aesthetic will make them “cool.” Such superficial principles don’t leave too much room for higher expectations. A festival doesn’t have to be Burning Man to advocate for community wellness in one form or another, and with such an expansive audience, Coachella needs to do better. It’s a tremendous shame this is the reality of the society we live in, but unless we make louder demands to those that want our money, nothing will change.

Maybe I’m a Portland art snob now, but I couldn’t help but laugh at the art displays Coachella showcased this past year. With only phallic-seeming Dr. Suess structures and giant square dinosaurs to validate the festival’s “Art” part of the “Music & Arts Festival” name, I couldn’t help but assume they enlisted a first-grader as the executive visionary designer.

While other festival locations can suddenly downpour on you, there really is something special about running around in the comfortably warm air, surrounded by palm trees and that classic California sunset.

Food and Drink: B+

There’s a lot of hype about the cute, unique, Insta-ready food you can purchase at Coachella, but bear in mind– there’s a minimum of $20 to be spent on one item. The rest of the food that they don’t picture includes your regular concert food, even the ones that give you food poisoning. At least the bathroom sink water is good to drink.

On that note, the amenities are definitely hard to beat. It isn’t the most bougie festival in America for nothing. Coachella is the poster-child for “glamping.” With Sephora and Mac stands across the venue for frequent touch-ups, and I’d guess a masseuse on duty if you’re VIP, you’ll receive ultimate comfort (relative to festivals) at Coachella. 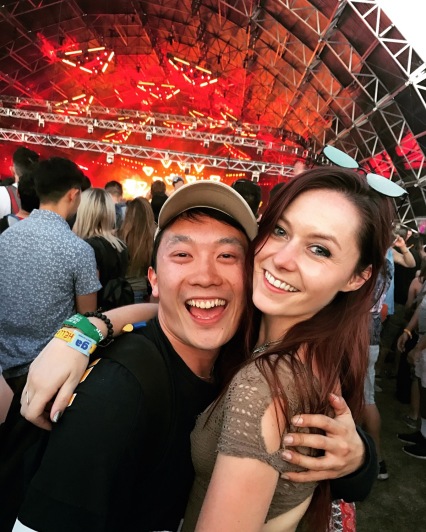 All in all, I had beautiful times at Coachella each year for the music and the friends I attended with. However, all things considered, there really are better festivals out there. Go for the lineup and maybe the weather, but don’t expect the life-changing magic you’ll experience at more curated festivals and gatherings.